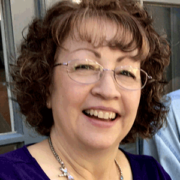 PAULA AGUAYO
Trinity Cathedral is my faith home. My great grandparents lived at 310 W. Portland in the 1920’s and attended Trinity Cathedral. My mother Dede and her sister Janece were raised at Trinity and sang together in the choir. I was also raised at Trinity Cathedral, confirmed by Bishop Joseph Harte, and sang in the choir led by organist David N. Johnson. After marrying Rogelio (Roy) Martinez Aguayo in January 1985, we worshipped with and taught Sunday School in several different faith communities through the years of bringing up our three children, Rogelio (Roy), Alyssa, and Marissa. I returned to Trinity in 2013, a wonderful experience of coming home. I have a solo law practice and am a member of the State Bar of Arizona, the American Bar Association, and I am a Business Affiliate of the Arizona Dental Association. I am a member of the National Alliance on Mental Illness (NAMI) and I am an advocate for reclassification of psychotic brain disorders as neurologic, rather than psychiatric, brain disease. 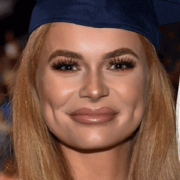 BIANCA BROTHERTON
Born and raised in Phoenix, I began attending Trinity as a newborn. After graduating from Arizona School for the Arts and moving to Tucson to attend the University of Arizona on scholarship, I became involved in several clubs, including “Eller Emerging Leaders”, which combined business coursework with volunteering and outreach, and “A Moment of Magic”, working as a minder for other club members dressed as Disney characters who visited sick children. Last May, I graduated college with a B.A. in Political Science and minor in Pre-Law, and intend to continue my education by attending law school in 2021. 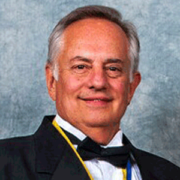 PETER MAHIGIAN
Peter Mahigian taught vocal music in the Brunswick Central School District in NY for thirty-two years, retiring in June, 2006. He graduated from the Crane School of Music with degrees in Music Education with a major area of performance concentration in the pipe organ. He has been tenor and baritone soloist with The Burnt Hills Oratorio Society, Albany Pro Musica, and The Albany Symphony Orchestra. He has given organ recitals in New York State, Washington DC, and Los Angeles. Peter was the Organist/Choirmaster at First Baptist Church, St. John’s Episcopal Church, Troy, NY, and is a former Assistant Organist, Chorister, and Interim Organist/Choirmaster at the Cathedral of All Saints, Albany, NY, and the Organist at Trinity United Methodist Church, Albany. While at St. John’s Peter was a Vestry member. While at the Cathedral of All Saints Peter was on both the Great and Small Chapters. Peter presently is a Chorister and a Substitute Organist at Trinity Cathedral, Phoenix, AZ. Peter and his wife Susan have two children, Christopher and Amanda. 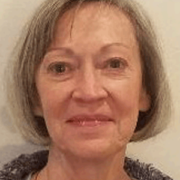 I moved to Arizona 3 1/2. years ago after retiring from a career in Banking. I grew up in the United Church of Christ and joined Trinity Episcopal Church in Columbus, Ohio after graduating college.

I served 4 years as Treasurer, Vestry of All Saints Episcopal Church, Beverly Hills, CA in the mid-late 1990’s, was active in Stewardship, the BoomerAngs, and All Saints Choir. I served on the Board of American Cancer Society, and volunteered at Union Station homeless shelter, both located in Pasadena, CA. I was also a member of St. Paul’s Episcopal Church in Sparks, NV and the Episcopal Cathedral in Honolulu, HI.